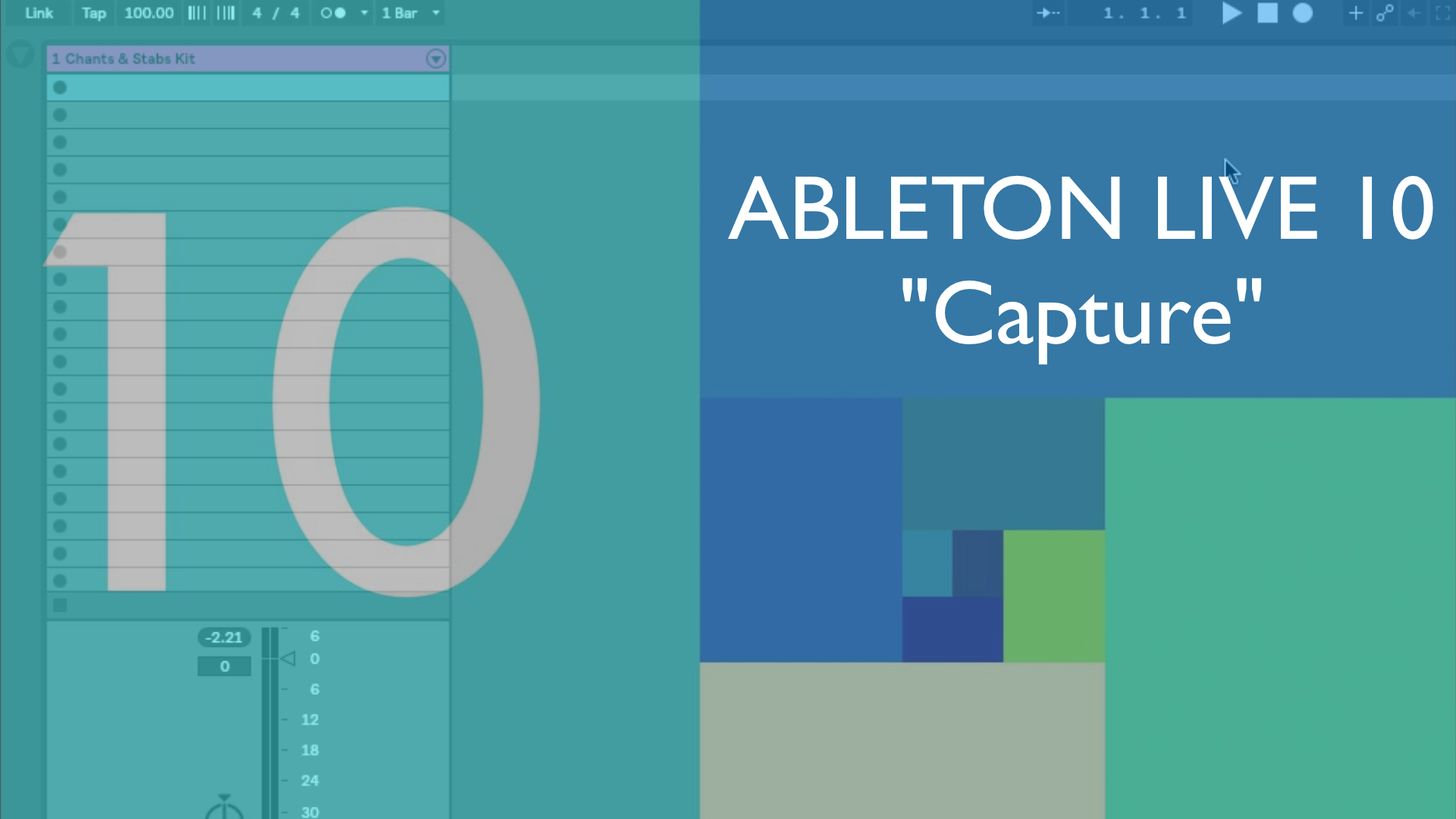 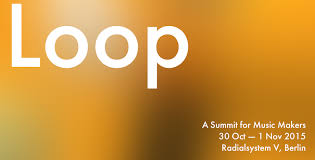 last weekend ableton held their first summit under the name “loop” . three days of workshops, panels, discussions, concerts and personal encounters, all around the main topic of “making music”.   the summit was located at the impressive event location radialsystem v, a former industrial building transformed into a cultural center right at the river spree, close to where the berlin wall used to be. right after entering and getting registered, everybody’s warm vibe, coming from sheer happiness to be there, mutual respect and the desire to unprejudicetly communicate with everybody was felt. i am only pointing this out, since this is not always the case at meetings of  the so called “creative branches”.

the only panel-talk at day one of the summit featured no one less than robert henke,  who was eloquently introduced by ableton’s dennis desantis. henke, musician and artist (monolake), co-founder of ableton (1999) and creator of the mighty granulator, entertained and informed the crowd in the main hall with profound whisdom and fun anecdotes on his career and on the topic “success = failure” – and all that while he was suffering from a serious flew.
as with every evening at loop, there were concerts connected to the event to be seen,  james holden & camilo tirado kicked it off at babylon cinema, amongst other acts. 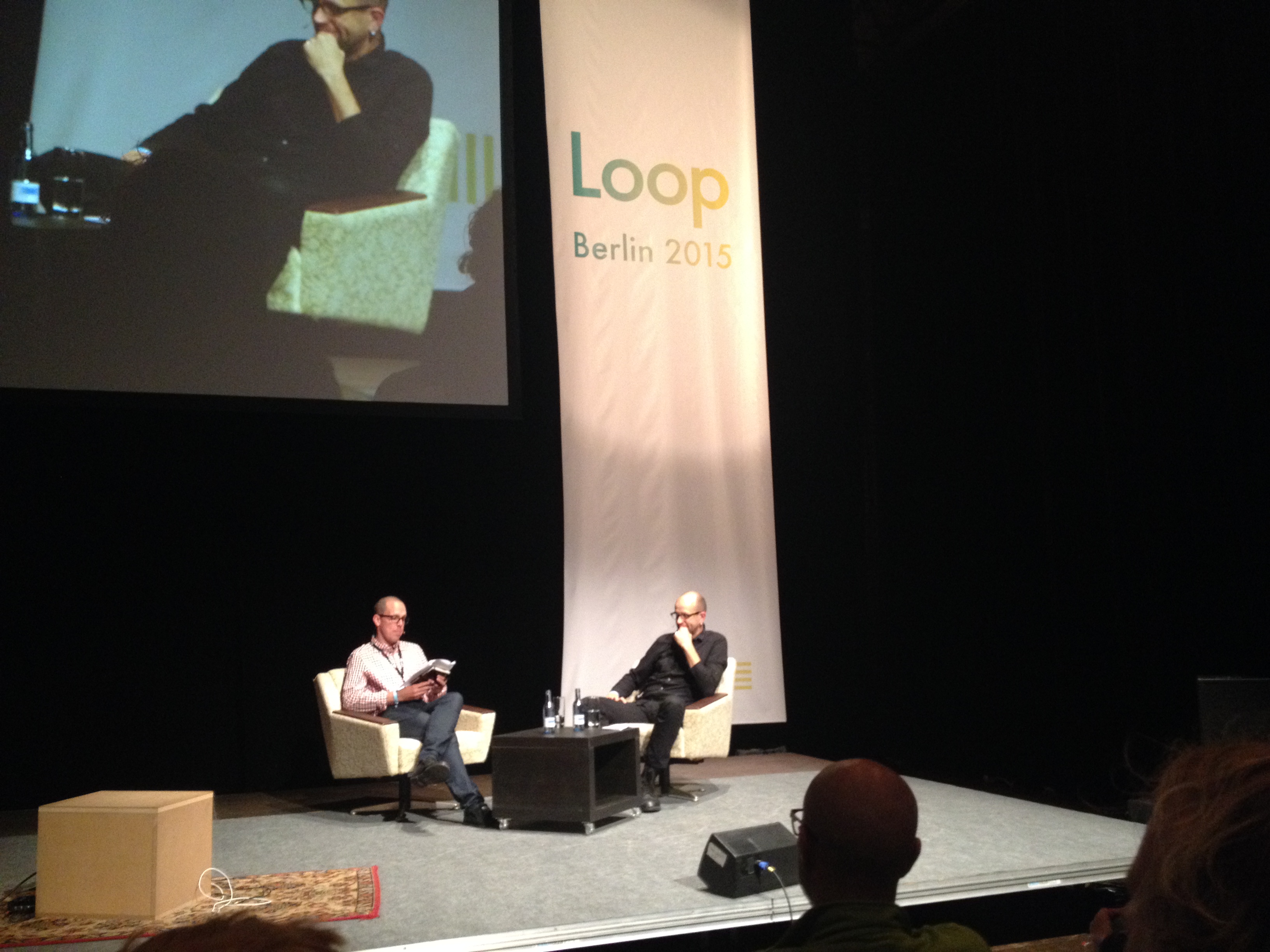 day two started just as ensouled as the first one ended. again and again participants needed to make decisions, which of the workshops, discussions etc. one wanted to attend next. and cleverly, things were organised in a way, that mass-movement of people to the same events was avoided, so that at all times there were plenty of people outside the building at the riverside to meet and get to talk to. luckily, berlin was gentle and gave us sunny and warm weather all weekend long. 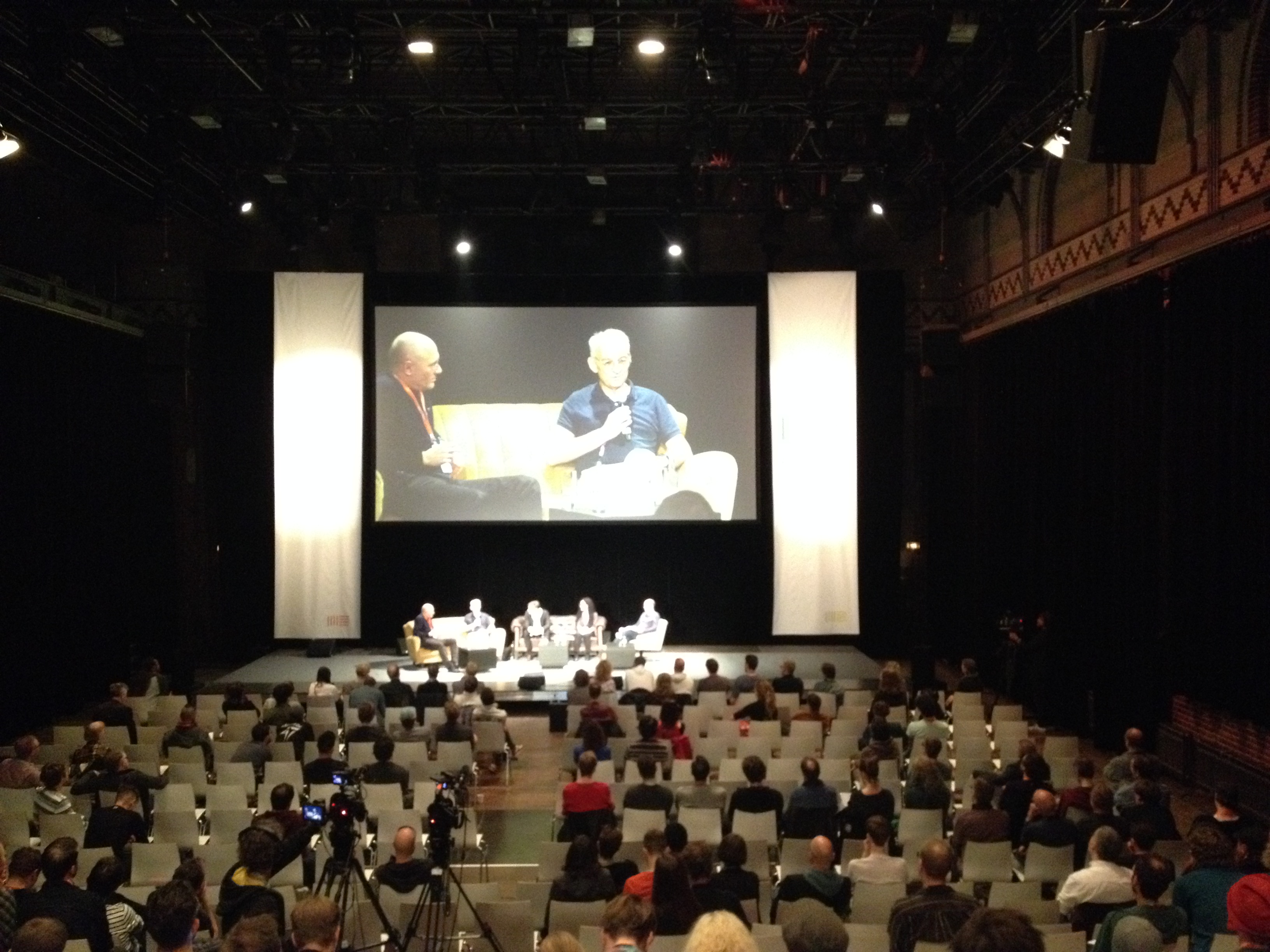 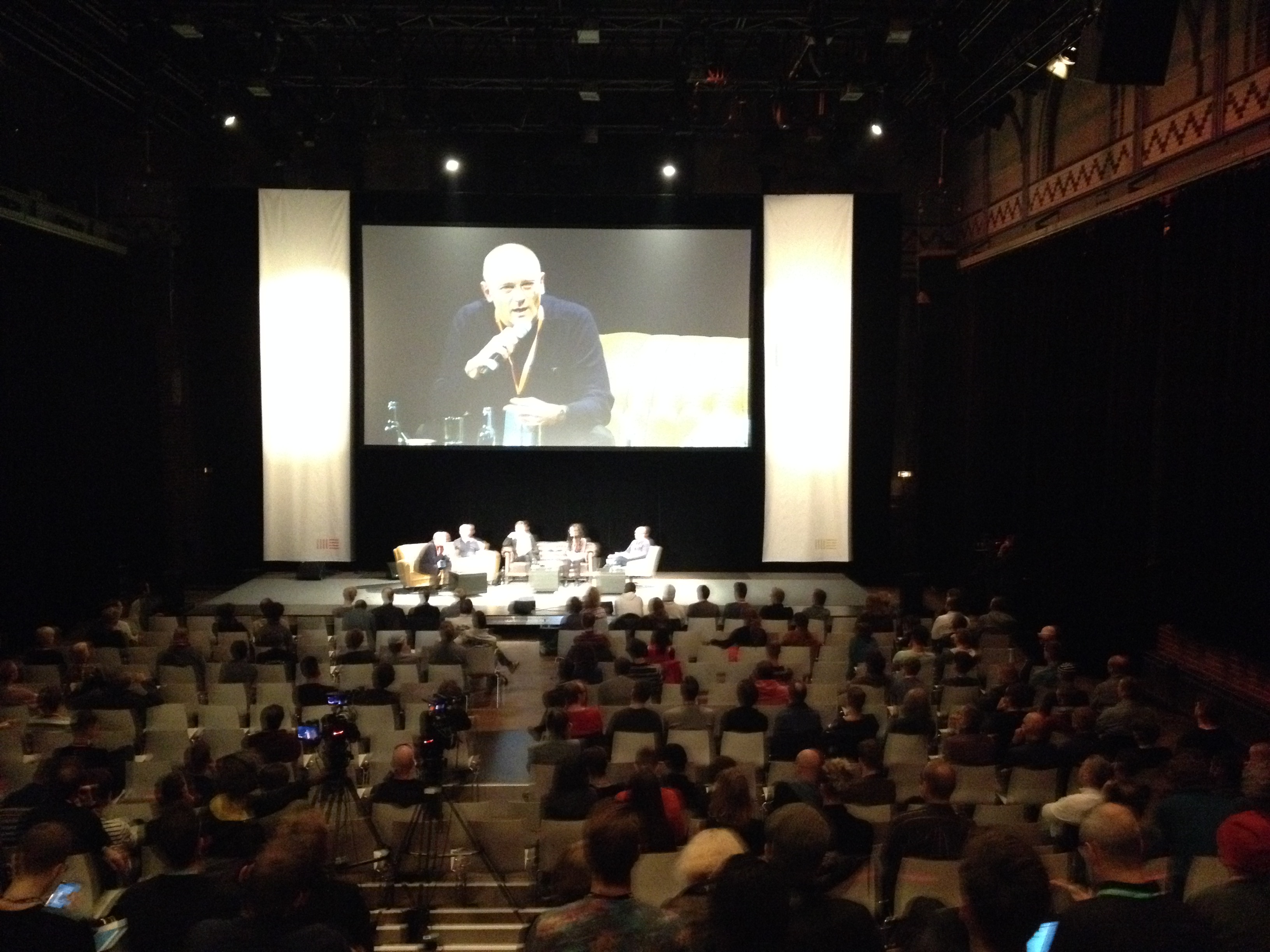 around lunch time for example i attended a true all-star-panel, featuring some of the most visionary instrument- and software-designers in the world: roger linn, creator of the first sample-based drum machine (linn lm-1) and akai’s iconic mpc workstation, stephan schmitt, founder of native instruments and creative mind behind modular software instrument reaktor, carla scaletti, creator of kyma sound design language and gerhard behles, ableton’s ceo, who in the mid 1990’s  was the other half of monolake, henke’s  band, mentioned earlier. super interesting to listen to those people discuss their stories and ideas.
obviously it’s simply impossible to describe all the events i attended in detail here – those, who could not paricipate the summit in person should keep an eye on ableton.com in the near future;  it was communicated, that since all events were recorded in audio and video, they will be published sometime soon. 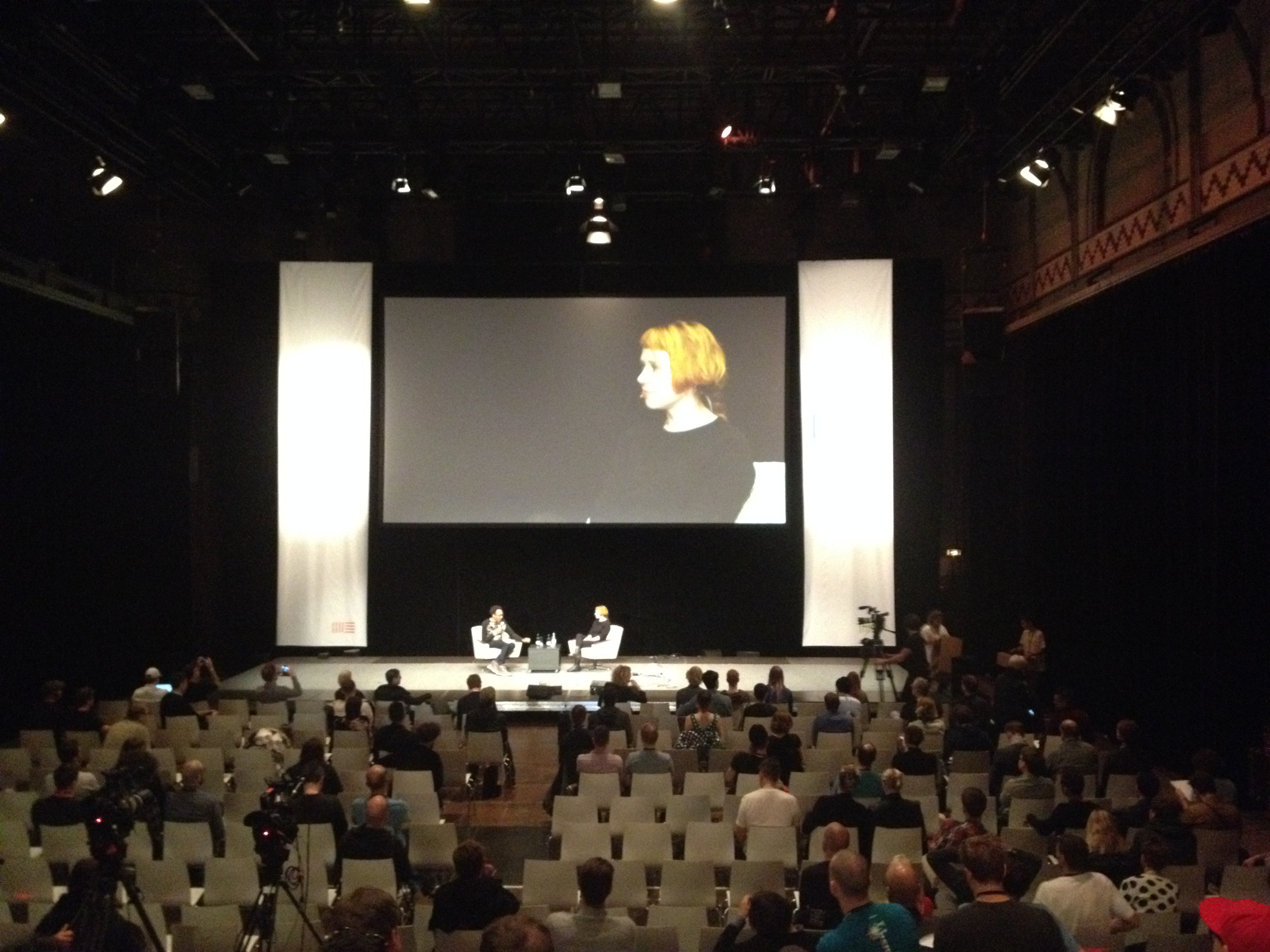 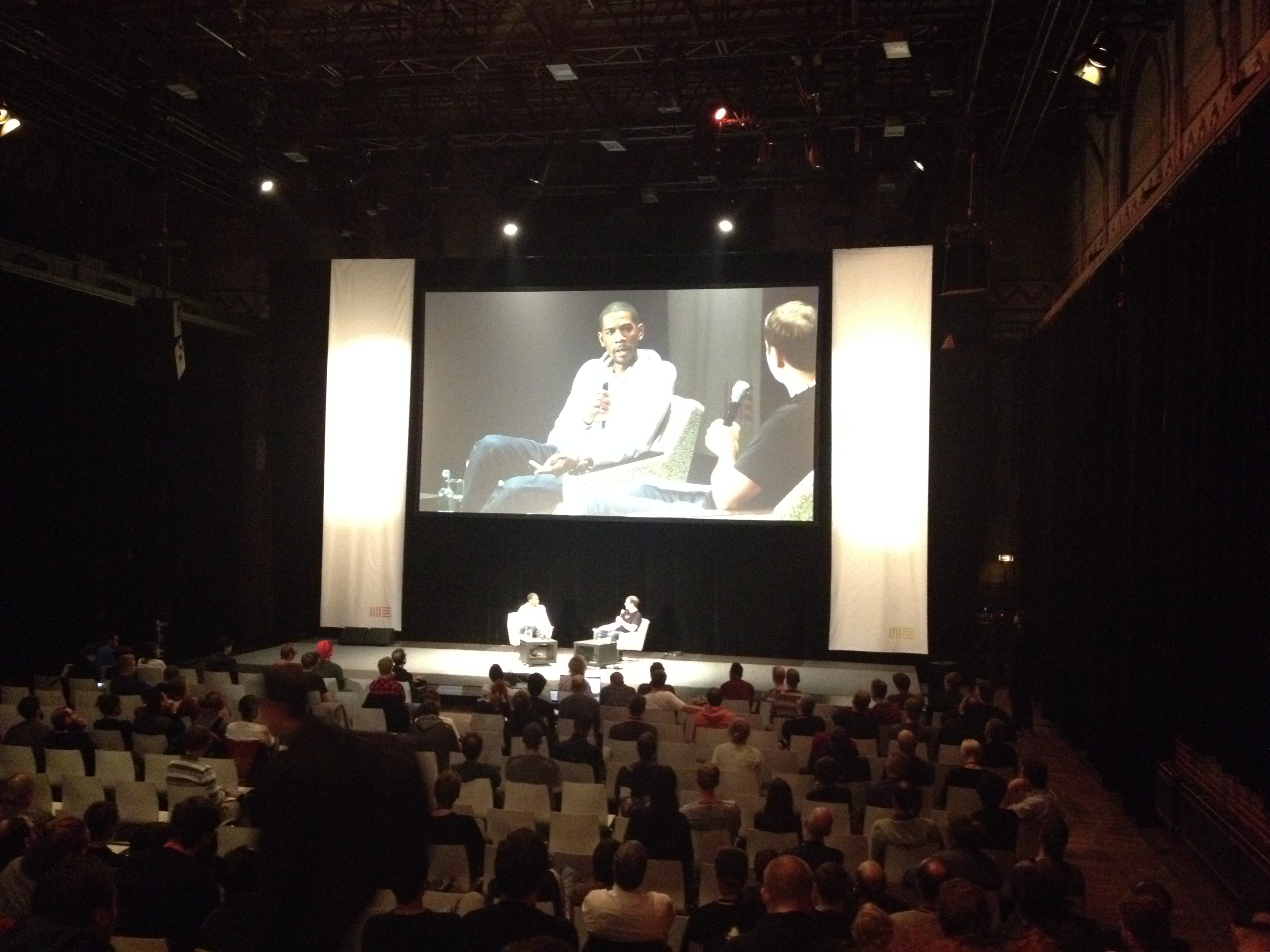 not only as an artist i’ve had a long time relationship with ableton, since six years i am also a certified trainer. saying that, it was extra special to meet up with 30 other fellow ct’s at the ableton headquarters on saturday night for beer & pizza after the official part of loop had ended for the day. meeting some of the boys and girls in person, who were flown in from all over the world, for the first time, after exchanging information with them for years in our closed social media group, was just awesome. names became faces became characters – what a fun evening.  and when then, later on that night, this unique group of people were each handed a device of ableton’s new mega controller push 2 prior the official launch, my day was just perfect. xmas in november. 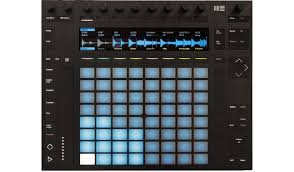 on sunday, after too little sleep, the last day of loop started early for me – with a workshop, that i have especially been looking forward to: “on and off the grid – acoustic drummers and electronic music”. although one of my favourite creative fellow drummers, zach danziger from new york, was one of three guests on the stage, i have to say, this was the only round of loop i was really disappointed with – and from what  i’ve heard from others who were there, i was’nt the only one feeling that way. due to karma-reasons, i will not go into detail here. those, who are interested in the causa, should make up their own opinion by watching the event’s video broadcast when it will be published on the ableton website some time soon. it surely had nothing to do with zach.

after some more inspiring workshops, conversations and establishing contacts, it was now time for the final showdown. and that came like a bomb. while ableton had carefully avoided to make loop a brand-presenting self-show-off event, and instead successfully put the focus on “music making” in general during the whole weekend, gerhard behles and his leading team eventually presented the magical news of the company: push 2. live 9.5. link. 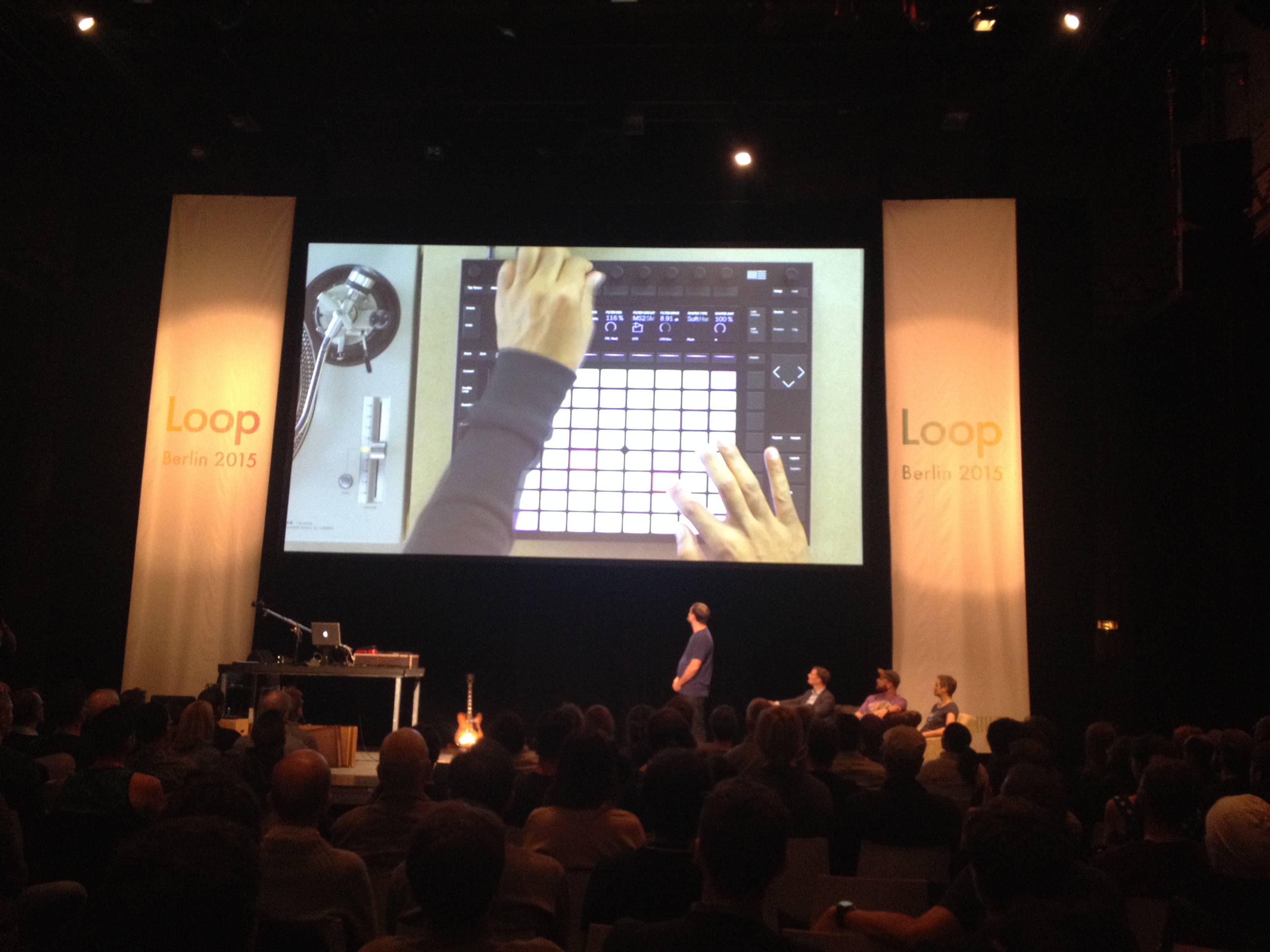 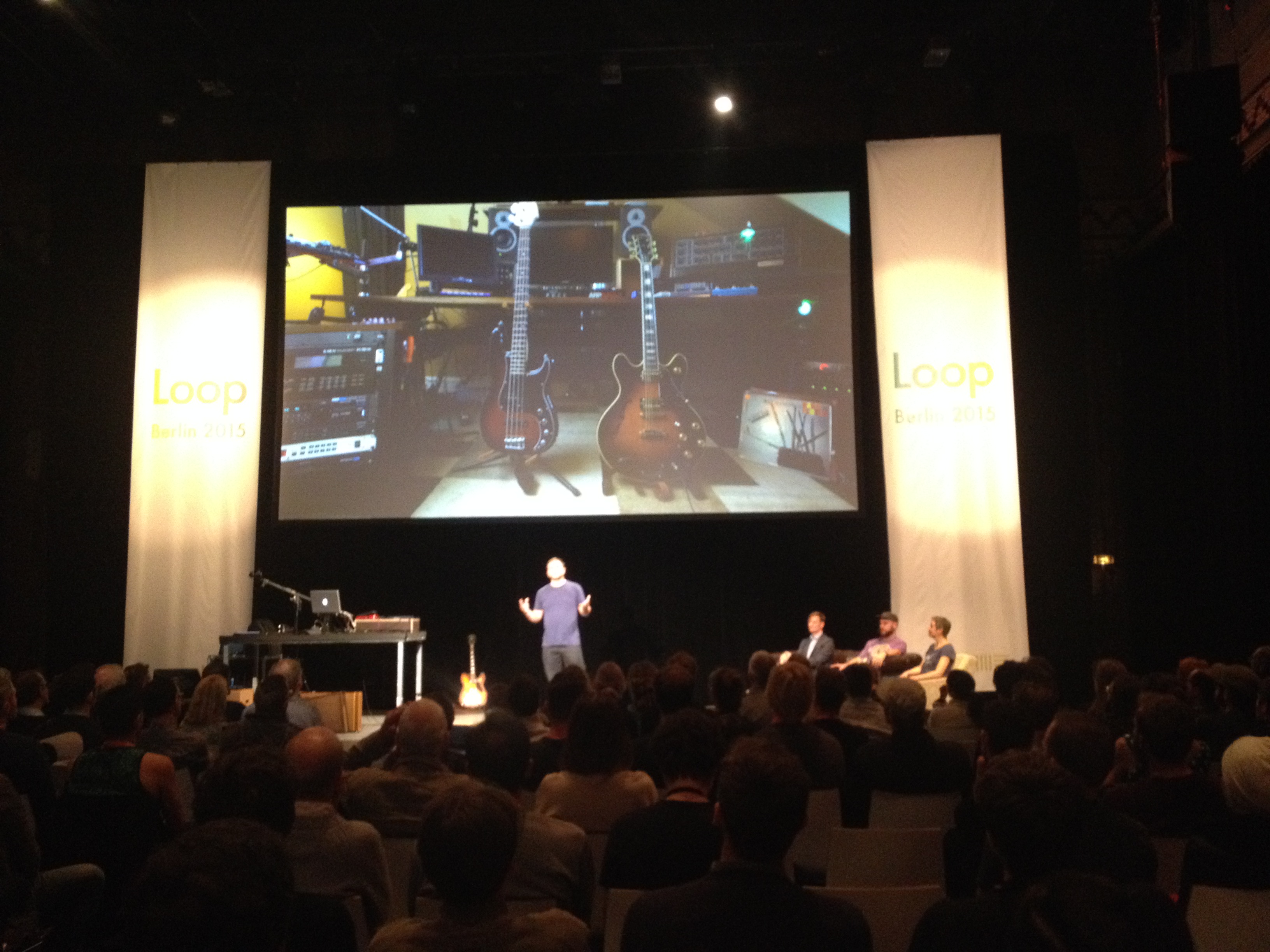 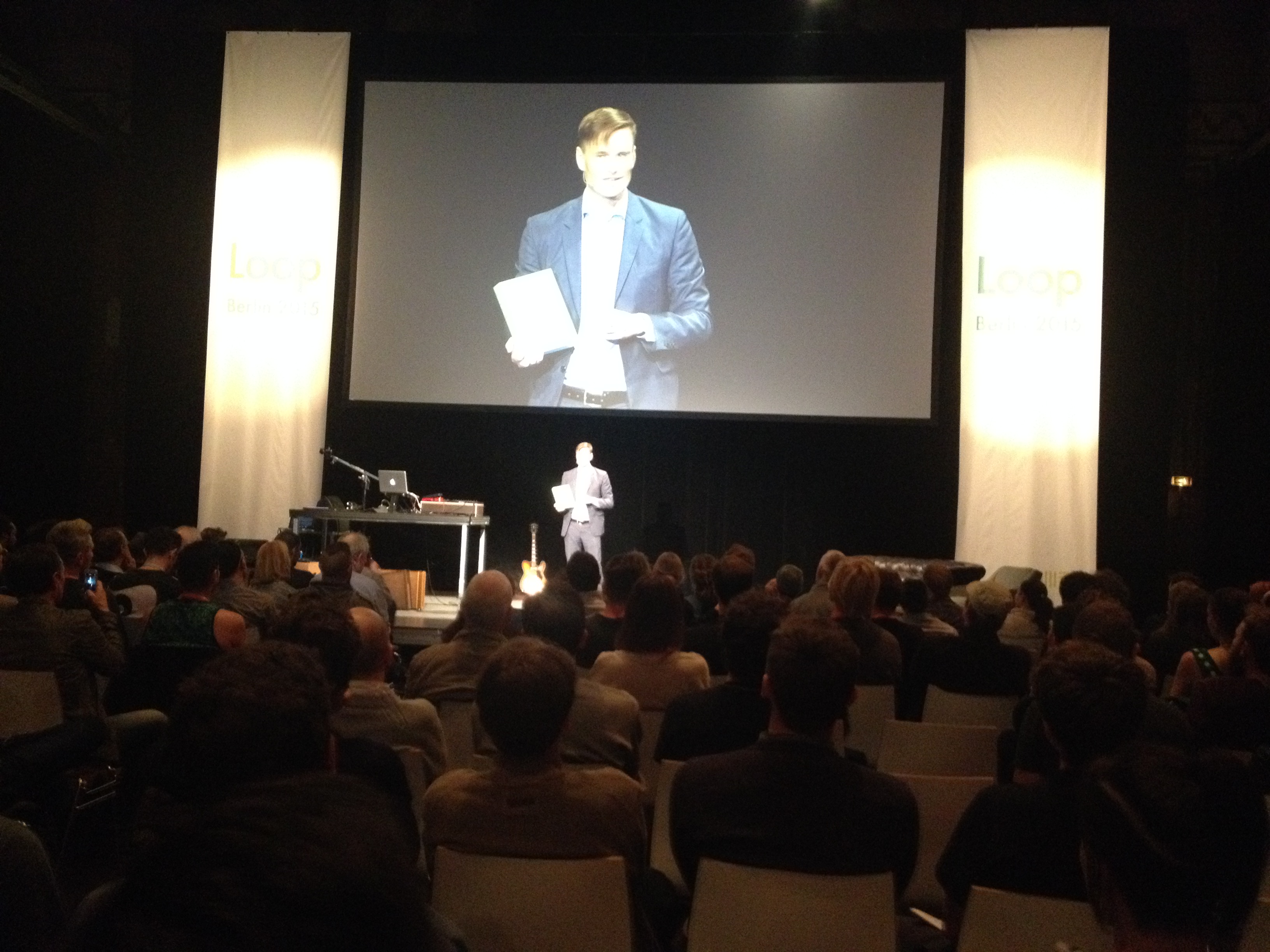 this final keynote was highly emotional, and that was not only for the mindblowing technological news which were presented to the aweing audience, but especially for the unique social path that the company has decided to take:  the “trade your push 1 for a push 2 unit and get 30% off the price and we will donate all returned push 1 units to underpriviliged schools and students around the planet (including a full live license) ” simply blew me and the rest the audience away.  that was a rad, unforgettable moment.  even though i knew about all that before the event, it was overwhelming to feel the crowd’s respect and love for this decision. gerhard himself  was obviously deeply touched recieving this kind of reception.  one can watch the whole final workshop here, although the atmosphere in the room is hard to recreate on a screen.

to me, ableton loop 2015 in berlin and everything around it, was one of the greatest and most beautiful experiences of my recent life. i am happy and proud to be a part of the ableton family.